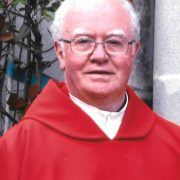 I was delighted to be appointed Parish Priest of St. Joseph’s Parish in June 2005. It is my sister’s parish and I have known it over the years. St. Joseph’s is a large, vibrant, thriving parish, with some 1100 people worshipping here every weekend. People from many countries and cultures come to celebrate the sacraments here every week. In the past St. Joseph’s had three or four priests; now it has one with a deacon. This means that parishioners are asked to play a more active role in the life and mission of the parish remembering that they are “a holy nation, a royal priesthood, a people set apart.” Our Christian calling is to be “salt to the earth” and “light to the world;” to shine like bright stars in our community. If we all strive to live up to our calling, I have no doubt St. Joseph’s will continue to be a real witness to God’s love and care in our community. Young people will catch the spark of faith and follow in the footsteps of their parents and grandparents in witnessing to Jesus Christ, risen and active in their lives. We go forward full of hope for the future under the guidance of St. Joseph the Worker.

With grateful thanks for your faithful support. 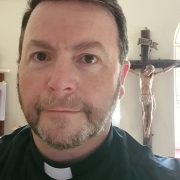 Erik was born in Dublin, Ireland, and raised in Longford where he sang in St Mel’s Cathedral from the age of six. Rumour has it that was the only way his mother got him to stay in one place. Erik attributes his strong faith to how hard his parents worked at maintaining a strong family unit – faithful and loving. The family grew up in Longford and Sligo until they moved to the East End of London in 1977 when Erik was 13yrs.  The family moved to Luton in 1981. They became parishioners of St Joseph the Worker and Erik attended Cardinal Newman 6th Form.

Erik has been a loyal member of the St Joseph’s congregation since that time and even met his wife, Maureen there. Maureen and Erik have four children; Erik, John, Samuel and Katherine who are all growing up too fast.

Erik cantored at 9 am mass every Sunday for 25yrs and also sang in the 11 am choir until his ordination. He was a Eucharistic minister for 20yrs and a Confirmation catechist for nearly as long. Erik is currently a member of the St Alban Pastoral Area Council. A memorable conversation with Fr John McArdle in 2015 resulted in Erik beginning formation for the Deaconate and he was ordained in the parish in 2019. 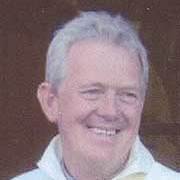 Jim was born in Dublin on the 23rd December 1944. He grew up in Ballyfermot, a suburb north west of Dublin. with his younger brother and sister who are both twins. He attended the De La Salle Christian Brothers School in Ballyfermot and joined the then famous De La Salle boy’s accordion band. He went on to study at technical college in Dublin City. On leaving college Jim worked as a solicitors clerk in Dublin for two years. He joined the local branch of the Legion of Mary and helped with their work in the community. A career change took him to England where he trained as a specialist service engineer in the print industry. His work involved travel to many countries around the world and even to the eastern block. He met Maureen while she was training as a nurse at Edgware General Hospital. They married in Edgware Catholic church in 1968 and moved to Luton in 1970. They have a daughter and a son (Fiona and Mark) and four grandchildren (Alex Emma, Matthew and Joe).

In 1988 Jim began to work from home in computer graphics and printing. He became more involved with work in his local parish St Joseph the Worker and helped produce the parish magazine for many years. He eventually became a reader at Mass in St Joseph’s and joined the parish prayer group. He also took on part-time teaching in IT studies and computer maintenance at Luton’s Barnfield College.

Maureen’s work with the elderly and the spirituality of the prayer group he had joined made him more aware of the need for a deeper commitment to the service of God and his people. Jim commenced his training for the Permanent Diaconate in September 1999, during which time he helped to set up the catholic Faith Exploration (CaFE) presentations in his parish.

Bishop Kevin McDonald ordained Jim on the 11th October 2003 at St Joseph’s, Luton, where he serves the community of St. Joseph’s in his ministry.

I was born in England to Irish parents, my family moved back to Ireland when I was six years old. I lived in Ireland until I was 18, then returned to England in search of work, living in London for a short while then moving to Luton. While working in Luton I met my husband Alan, we married in 1994. We have two children, who have attended St. Joseph’s Infant & Junior Schools and are presently attending Cardinal Newman and Newman Sixth. I started working at St. Joseph’s in 2006, I really enjoy working in the parish office, it can be very busy but the time flies and the parishioners are great.